Our regular client A&O organizes several events every year. One of those events is the annual highlight: the A&O Christmas party. It is our job to ensure that we can once again greatly surprise our employees and office partners with a unique-looking dinner followed by a big party.

Like every year (we have been able to facilitate this for about 8 years now), A&O comes up with a specific theme. Based on this theme, we look together with the customer at suitable locations and assess the possibilities, but also the impossibilities. This advice results in choosing the perfect location for the chosen theme. 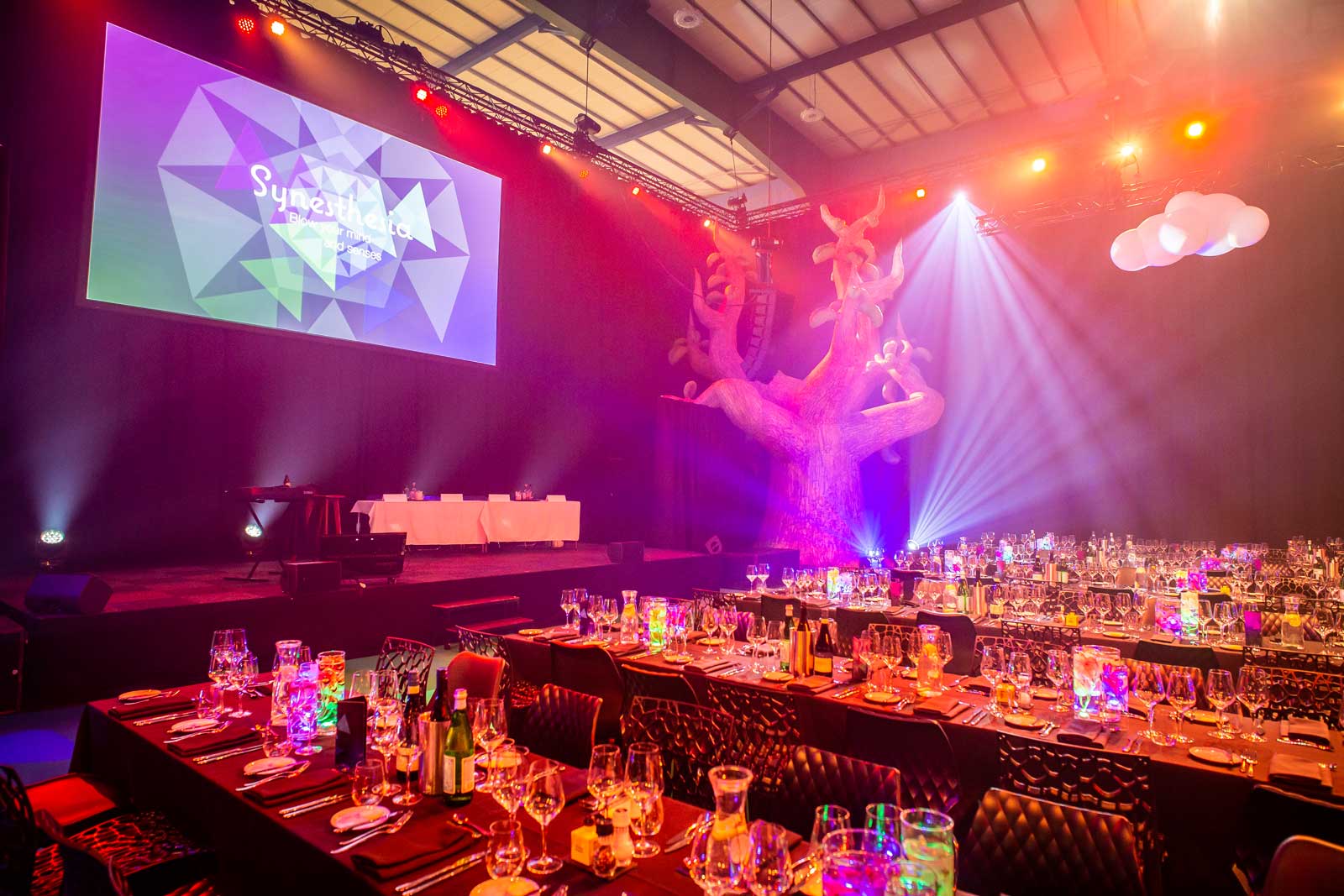 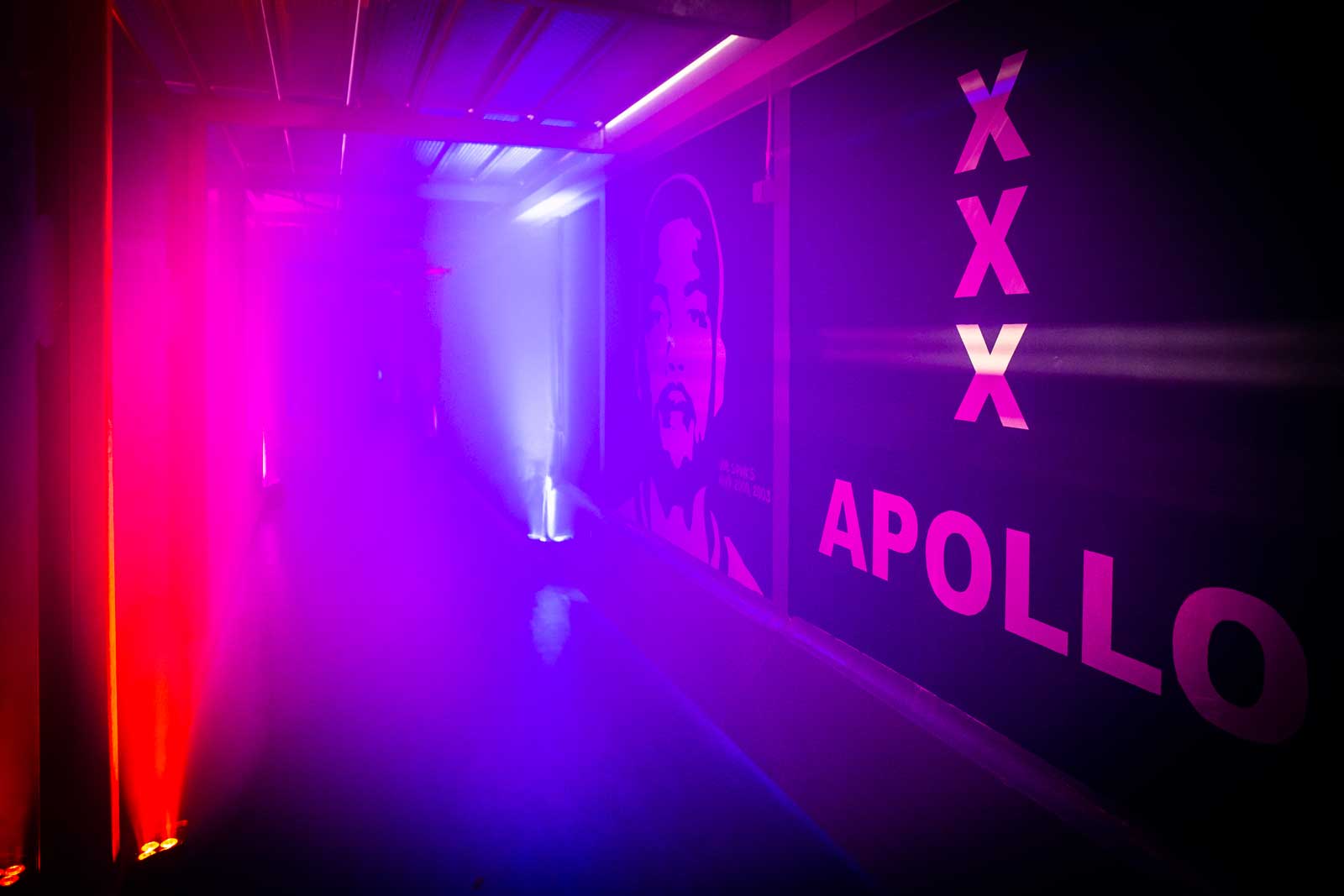 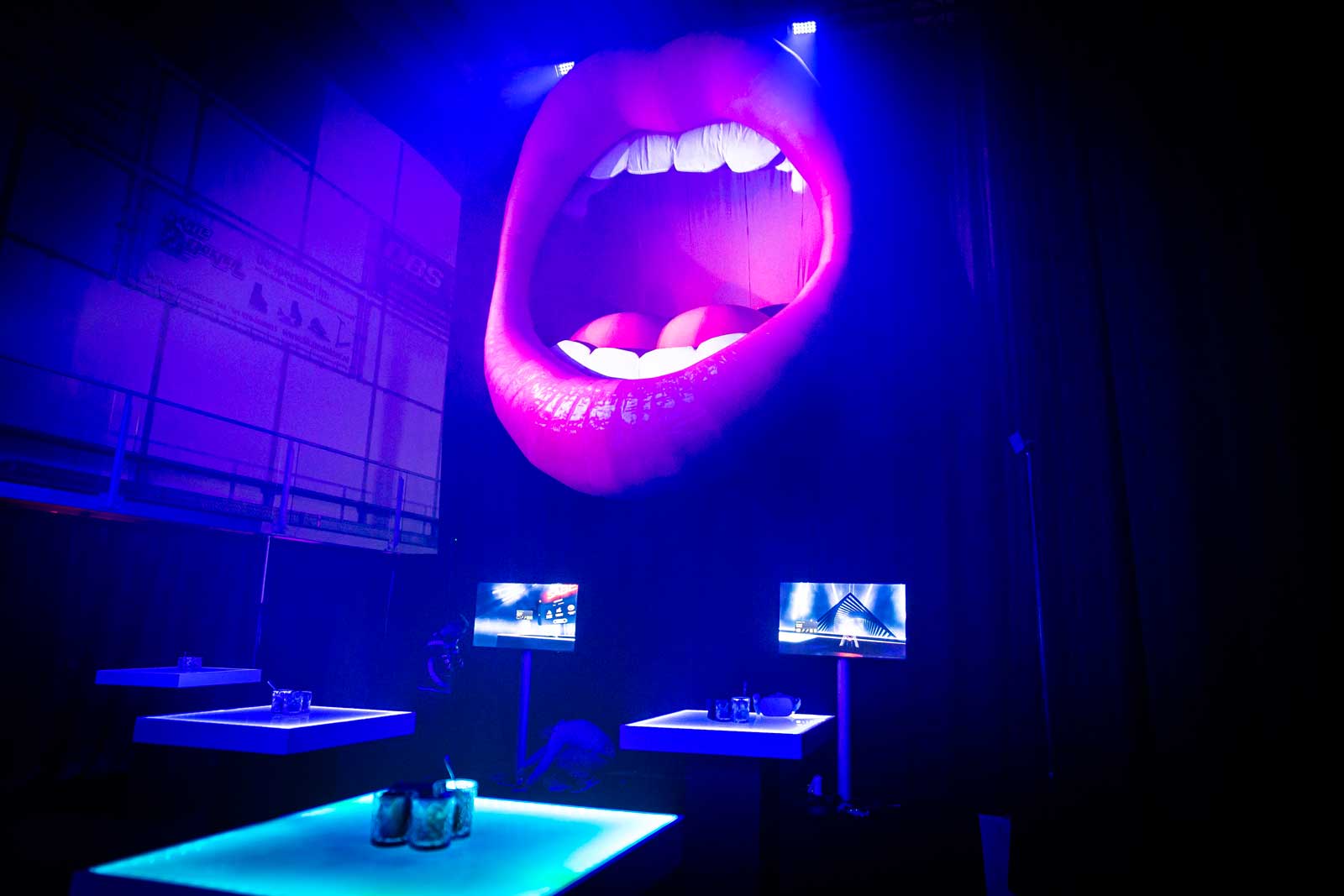 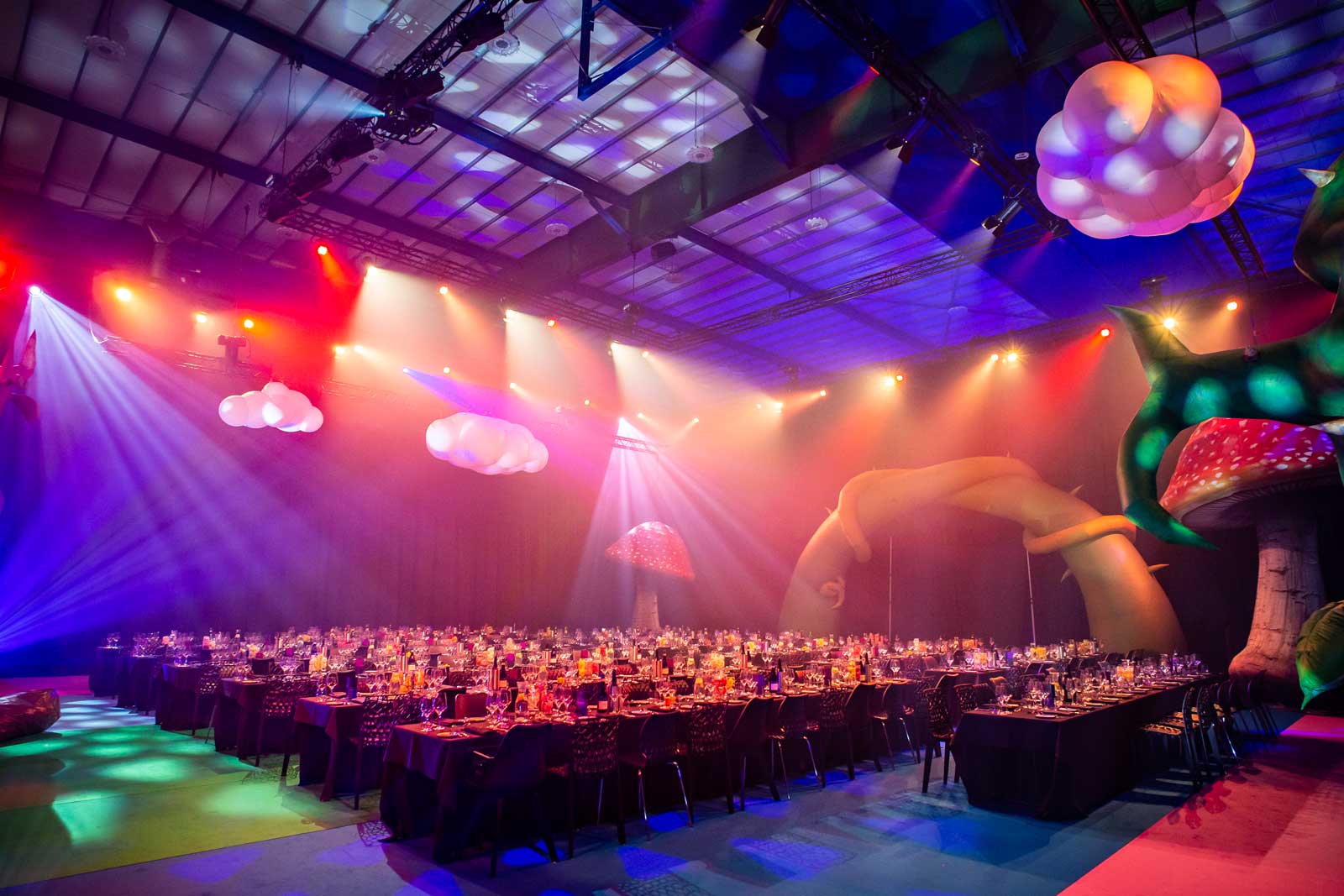 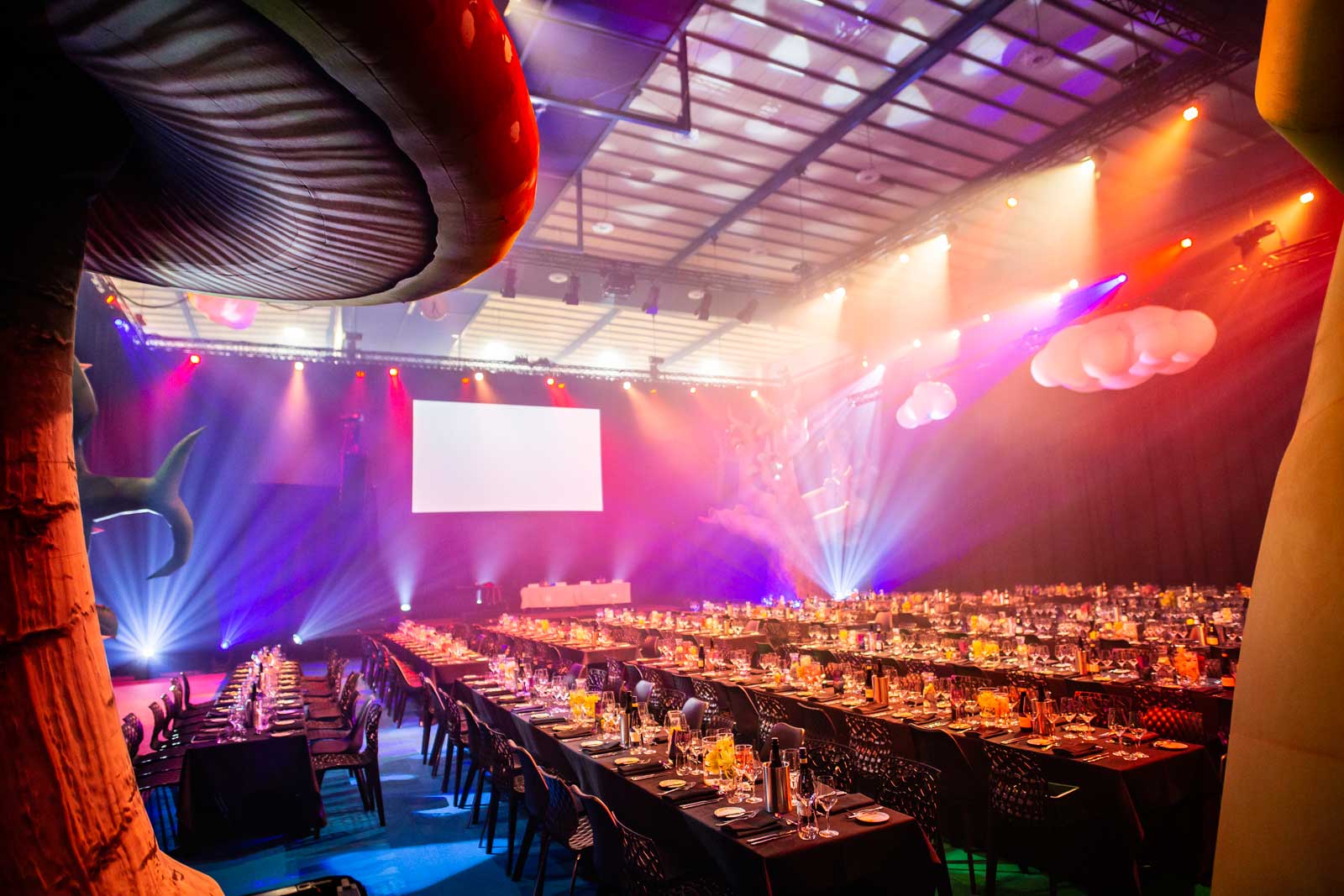 By knowing in advance what the theme is, we can get started with an interpretation of the light, sound, video and decor fairly quickly. Our design department then starts working with the sales department on a 3D drawing. As soon as the first draft is ready, we show it to the client. After any adjustments, we come to a final plan. 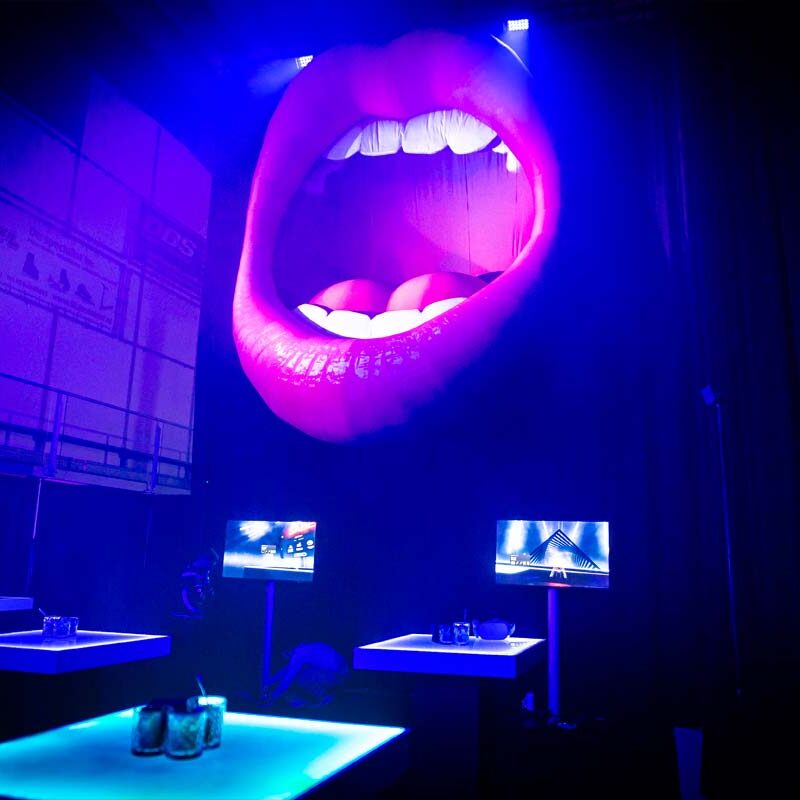 In this case, the location was the Apollohal in Amsterdam, a sports hall which we have completely transformed into a dining room and separate party room. There was really nothing left of the sports hall. The hall is completely ‘wrapped’ in black cloths by hanging a so-called ‘truss grid’. More than 250 meters of black cloths, many light effects and a sublime audio system provided a great show during the performances, speeches and comedians. In addition to the audiovisual equipment, inflatable pieces of scenery were incorporated in the hall. This made the theme even better.

In addition to the dining room, the evening could be concluded in a real banquet hall. This room (again a sports hall) could be reached via a ‘sense tunnel’ created by us. The tunnel (actually a hall from one hall to another) stimulated the senses through the smoke and light effects in combination with various actors walking around in the tunnel.

The banquet hall itself was set up for a performance by the permanent ‘house band’. Finally, a DJ was booked who played from a spectacular LED DJ booth, which was also supplied by us. We probably don’t have to explain to you that this party lasted until the late hours.

All in all, positive reactions from those present and from the client himself, we are happy customer. 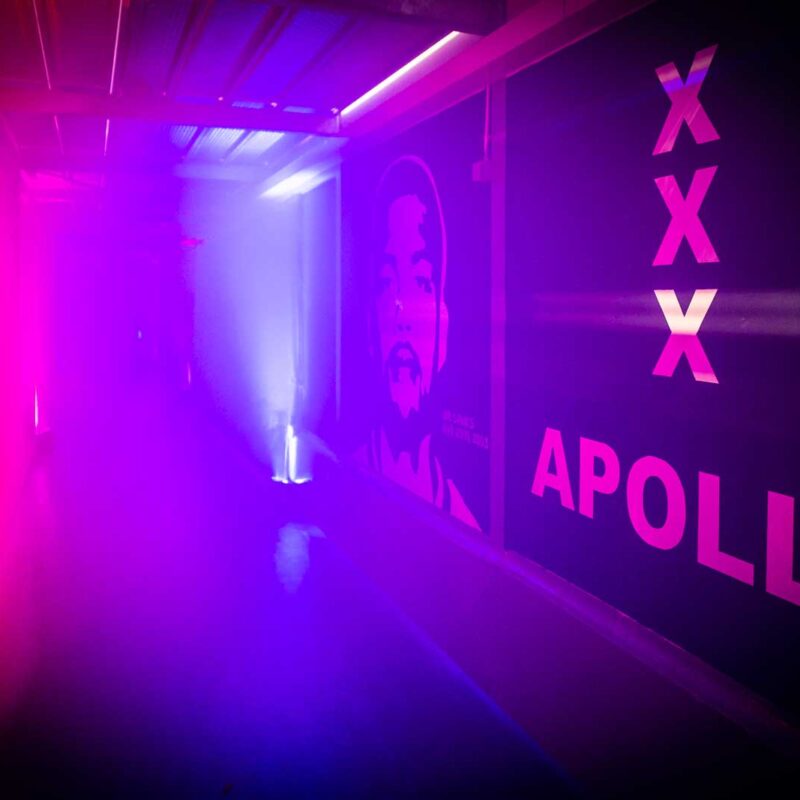